Barrack dr. Arčibald Rajs is located in the most frequent street in Novi Sad, in Futoska Street near the Futoski Park. It was built by order of the city of Novi Sad from 1872 when it was under the rule of the Habsburg monarchy. It spreads over a plot area of 10,000 square meters.

Barrack dr. Arčibald Rajs were used by four different militaries and four different countries. These were the first Habsburgs, then the Kingdom of Yugoslavia, Hungarians and finally SFRJ, SRJ and Republic of Serbia. Until 2006, the building was protected by the state as a unique cultural monument. And today, 10 years later, it is abandoned and has no function.
In 2011 the barracks were used by young activists in the Social Center of Novi Sad who have reorganized it for the forums, meetings, and art conventions and for the young people who do not have their own space for engaging in such activities. In just three weeks they used the space, they organized 18 workshops, 9 panels, 3 exhibitions, 12 concerts, five literary evenings. Their work was interrupted by the Serbian Army, which put them out of the rooms of the barracks and prevented them from returning. The property-legal question of this military facility has not been solved yet.

The Natural history collection department that began its work at the Vojvodina Museum in 1947. Its location was changed... 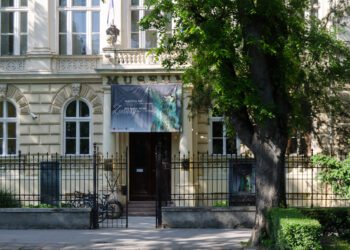 The museum of Vojvodina

Museum of Vojvodina The first idea for the establishment of a collection of art objects in the museum of...